Mühlacker / Frankfurt. At IFFA 2019 the brand niroflex presented itself in a new look. In the year before the company’s 100th anniversary, the Friedrich Münch GmbH + Co KG takes an important step towards an independent brand architecture.

“Trade stand, website and catalogue, with our new appearance we pursue the goal of translating the brand image of niroflex into the future”, says Armin Fehr, director of Friedrich Münch GmbH + Co KG. Quality, innovative strength, reliability: these three virtues have been characterising the values and the brand essence of niroflex for over 60 years. Values, which can also be experienced in the aesthetics of the new trade stand.

Its appearance focuses on an intended reduction as well as an expressive contrast. A noble, matt black lays the foundation for a linear room geometry. Bright light bars, jutting out of the wall, create effective contrasts and emphasize the stainless steel ring mesh products in an individual way.

The photo, which is not overloaded with promotion and only reveals a reference to the brand on a second glance, displays a certain power and dynamic. The motive polarizes, fascinates, shows facets and arouses curiosity for the brand beyond the picture, also in its many variants on the new website an in the new catalogue.

“We have achieved exactly what we had hoped for with our appearance on these six trade fair days”, concludes Armin Fehr regarding IFFA 2019. “Our visitors took our new appearance as an invitation to communication and also accepted it as such.” Then the creative head behind the new visual identity adds that so far there had only been excited reactions. This was enjoyed by everybody, but critical voices had also been taken seriously.

The visitor record during IFFA 2019 made one thing clear to everybody in Frankfurt: niroflex is powerful and dynamic, even with almost 100 years on the market, and as reliable as a Baden-Württemberg family-run medium-sized company can literally be. 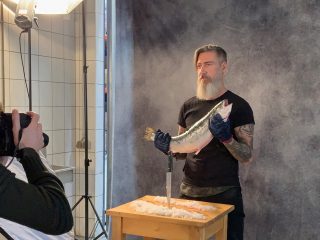 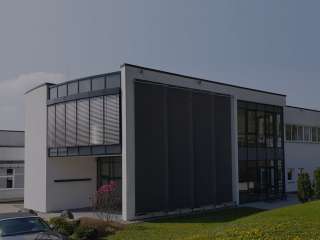